Since my study (starting 2014) I used to work with a visual studio plugin called ReSharper. For me, Resharper is an excellent tool to level up my productivity. It provides an intuitive interface for refactoring code. In this post I would like to share my favourite shortcuts & resharper functionalities. This list is not in any order of preference.

Often during the development process I know the structure (for-loops, altering data, etc) that globally needs to be programmed. After programming it happens that some variable names aren’t descriptive enough in my opinion, which is a very natural thing to happing in that process. Although visual studio has a similar build-in functionality, it doesn’t provide the following:

Although everyone has his own programming style, there is a need of standardised coding convention to make code more readable (by yourself and others). Thus, when naming a public property name, this is corrected to Name. By this way, when reading Name, there is no doubt about its access modifiers.

No one likes reinventing the wheel. In fact, a lot of problem I deal with during programming is already programmed by someone else. That’s why I like standard solutions or examples I find on the Internet. But, sometimes the example I find online might not work. Embedding their solution into my own doesn’t always works out OK. Copy-pasting a class under an existing class saves time (and clicks) in comparison to creating a new file and pasting the class into it, as the example class might not work in the solution.

Searching in text? Looking for classes? Methods? Strings? Especially the 'magnifying glass' icon is really handy as this moves all the search results in a separate view, making it more convenient to peek into the results by project.

Writing a constructor one of the first things I learned during my study. Manually creating one, initializing a few of its class' properties can be a lot of keystrokes (even with resharper's extensive code completion). Via this hokey, its really easy to select which properties/fields needs to be initialized right from the constructor. Although visual studio shares the same functionality, resharper has the choice to make parameters optional. A feature that visual studio doesn't have (yet).

Stepping up my dotnet game! 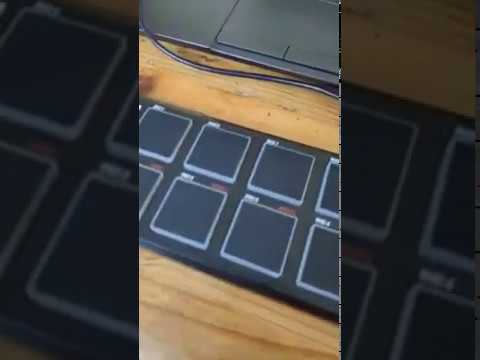 Convert your MIDI keyboard/pad into a resharper code navigator!

The story behind this project

Starting a new chapter at Lijnco

A little more than 2 years ago, I started working at vitas. During my time at vitas, I got the chance to work at 3 different companies and in the meantime get 5 certificates. The last company (Lijnco) now offered me a permanent position! I’m really exited and enjoy working for Lijnco. The thing that appeals to me the most is the diversity in the projects: every project is different and every project is a new oppertunity to do it a little better and a little more efficient. Besides that, the more projects we do, the bigger the chance that we can reuse code. That highly increases efficiency.